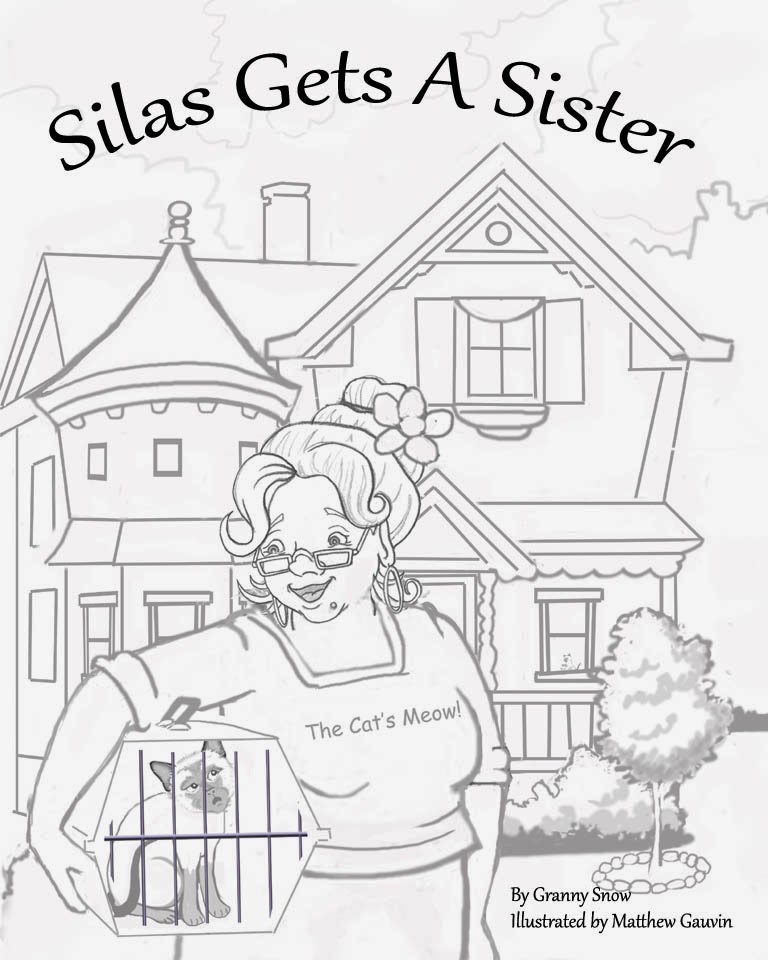 The second book in the Silas series is well underway with all of the 19 rough internal drawings done! In this book Granny snow finds a friend for Silas and brings her home. I really enjoyed designing the cover of the book as I don't often get the opportunity to spend a good deal of time designing a building or house. This house was initially inspired by a house in Lyndonville VT but further inspired by various reference pictures I have.

About a year ago I learned a trick from James Gurney's blog that has helped me immensely in how I approach children's book illustration. I don't have time to fully explain it but basically to give everything a more cartoony look and feel he suggested simplifying the forms and making objects bigger and wider than they would be in real life.  He showed some pictures from animated background designs that demonstrated the point. One I remember in particular was from "Snowwhite and the seven dwarfs" which showed the inside of the dwarfs house as having short stubby stools, wide thick window sills, large wooden beams on the ceiling etc. I always have this principle in the back of my mind these days and try to work it into play whenever possible. I've also received some inspiration from watching tree house masters on tv in which they incorporate all kinds of fun shapes and proportions into their designs.
Posted by Matthew Gauvin at 8:53 AM