A few months back I posted the initial thumbnail sketches for the cover design of my new Children's book "Allegra Friend of All Monsters" HERE  . From that series of thumbnails the client chose number four as our starting point.

Eventually we ended up incorporating more background stuff into the image. 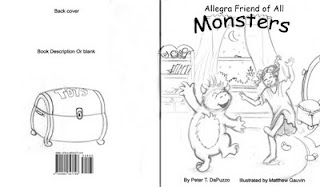 Then I finally tightened it up borrowing heavily from an internal image while simplifying things a bit to better suit the cover design. Then I did  asuper quick color sample. I was kind of tiered of doing samples by that point and just wanted to get into the final artwork.

I then did the final artwork and did a super rough layout. 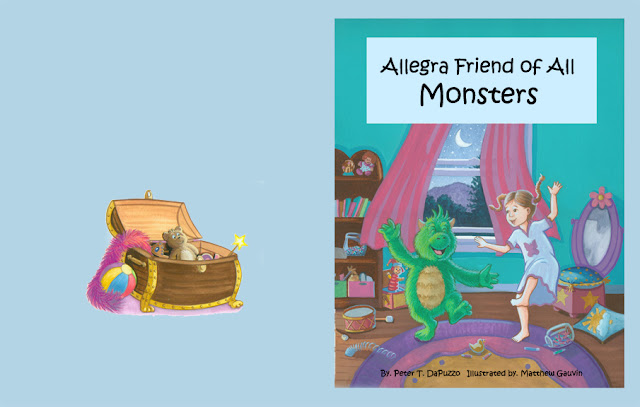 Now all of the artwork is finished for the book and our graphic designer is doing the final internal layout. Below are some rough cover sample layouts I've been working on to try and figure out which direction to take it in. I'll play around more with the back cover color later but for now I'm trying to ge tmy initial title concepts on paper (so to speek). I think I have apersonal favorite out of these and others I'm seeing might not work as well as they did in my head. I'm hoping the graphic desiigner will be interested at giving it her best shot as well, so we can get a large range of ideas to chose from. Fonts and text deffinetly aren't my area of expertise I also don't have a large font database available to me. Anyway, which direction do you think I should head with these? 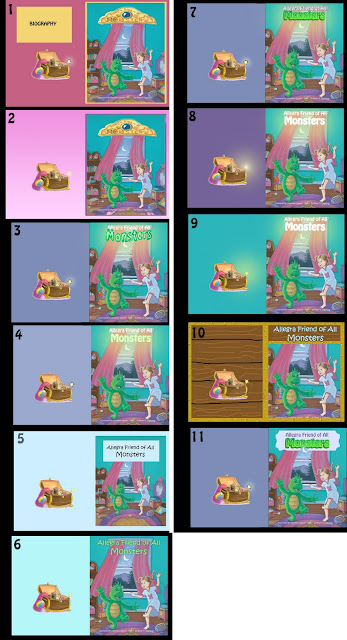 This book is expected to be published by the end of September. My previouse book just came out and is available on Amazon! The Little Boy Without a Name and Without a Birthday 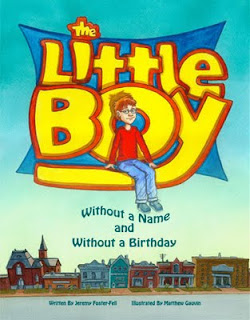 Posted by Matthew Gauvin at 6:27 PM

I love your illustrations. I am going to your website to send you an email. Great colors, and light detail.
Valerie

Hi Valerie,
Thanks for your visit and kind comments! I look forward to hearing from you. If you read or see anything on my website that you have questions about please feel free to ask.