This week I finished off some thumbnail sketches for the cover design of my new book. Generally I wait till the other illustrations are underway before starting in on cover designs as it gives me more time to think it over. However this time I decided to try things a bit different so i can have the cover ready to promote the book earlier in the process.

Basically the book is your typical (yet unique) monster book with a Little girl who's scared of monsters. By the end she is declared "Allegra, friend of all Monsters", which is the title of the book. I actually think a few of these could work well for the cover. I guess it just depends on what sort of interaction you want the characters to have. Allegra could still be scared of monsters to lead into the book, it could be just before she meets the monster, or it could be a scene that sort of represents the action in the book. The important thing is for it to be a strong, bold ,easily understood image that gets across the idea of the story immediately and will catch the eye of onlookers.

I don't think the cover has to strictly abide to the connotations that come with the title. It is generally understood that the cover shows the overall feeling of the book. These are for the front cover but depending on what the client chooses, we may or may not decide to have part of the illustration lead to the back cover. Or we could do a solid color with spot illustration on the back. 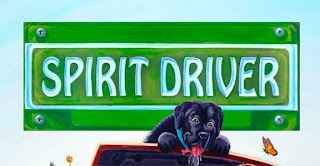 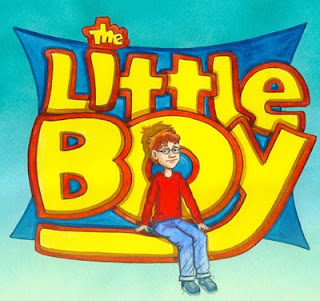 At this point I've only laid in rough ideas for the title but will figure out if that will be designed as hand drawn type or computer. My last two book covers (above) had hand drawn type which I've come to enjoy a lot more. Particularly since my clients tend to not spend the extra money for a good graphic designer. It takes a LOT more work to do my own illustrated title but it is waay worth it when the alternative is someone calling themselves a graphic designer, but who would put text over the main characters faces if left on their own. 40hrs of work can be destroyed in an hour of bad type layout. I've also come to feel that hand drawn title's have a larger appeal for children's books and maybe even lets people see that we went the extra mile in designing the book as a whole. You always hear, "don't judge a book by it's cover" but the fact is that people generally don't have much else to go on. Particularly in a world where big brick and mortar books stores like Border's are going out of buisness and Amazon is growing.
Posted by Matthew Gauvin at 5:50 AM

My favorite for the cover would be number 9. I like the fact that they clearly are friends, but in the situation that most kids would expect to be afraid -- a nice twist. Good luck with it!

Thanks Tanya!! You've had practice with this haven't you? LOL. Great talk the other night. Jeremy and I were talking afterwards and both felt as though we were nodding to everything you said. I have to say that I thought the books you guys create are excellent quality and was very happy to get the chance to look through them. I was particularly happy to hear of the artist who did the illustrations for that chapter book as you said he's from Lyndonville. I live in East Burke which is fifteen mintues away.The quality of his black and white illustrations was a huge step above what you would find in most books. So it was particularly surprising to hear that he hadn't even considered being an illustrator. Great stuff! Thanks for the comment.